As drones get smaller, their market and value can only get bigger; so what are the biggest areas tapping into the developments?

Insects have long been of interest to scientists – as pests and bearers of disease, and more recently, as a potentially sustainable food source, even as bee populations collapse, threatening crop pollination.

There are 273 types of flying insect. One of their most elusive secrets is how they fly; with these flying patterns continually being studied as bio-robotics, they may hold the key to the next generation of drones.

Insect drones – also called micro air vehicles (MAVs) or micro-mechanical flying insects (MFIs) – are the cutting edge of the now well-established technology of drones. In a short time, drones have colonised the armed forces, industry and commerce, and civilian life.

Like many new technologies – from computers to satnavs – drones emerged from military research labs. After a decade, drones now account for half the US Air Force fleet.

The police too are major users. Tokyo police have their own dedicated drone unit; armed with nets, these poachers turned gamekeepers scoop unauthorised flying objects from the skies. Additionally, in the US the Federal Air Administration has registered 100,000 ‘non-hobbyist’ drones.

Amazon envisages squadrons of drones delivering its brown packages to homes and offices around the world. Not to be topped, in 2013 Domino’s delivered two pizzas by drone in Guildford. The DomiCopter (which narrowly missed being dubbed the Pepperdroney) took 10 minutes to fly two miles. The test – or publicity stunt – was deemed successful.

The retail market for drones has already taken off. As early as 2015, some 400,000 drones landed in homes for Christmas. Globally, combined commercial and retail sales of drones are expected to reach $127 billion by 2020.

DJI Innovations – a prominent drone manufacturer – is already worth $8 billion, serving markets from agriculture and media to energy and construction, as well as non-enterprise customers. 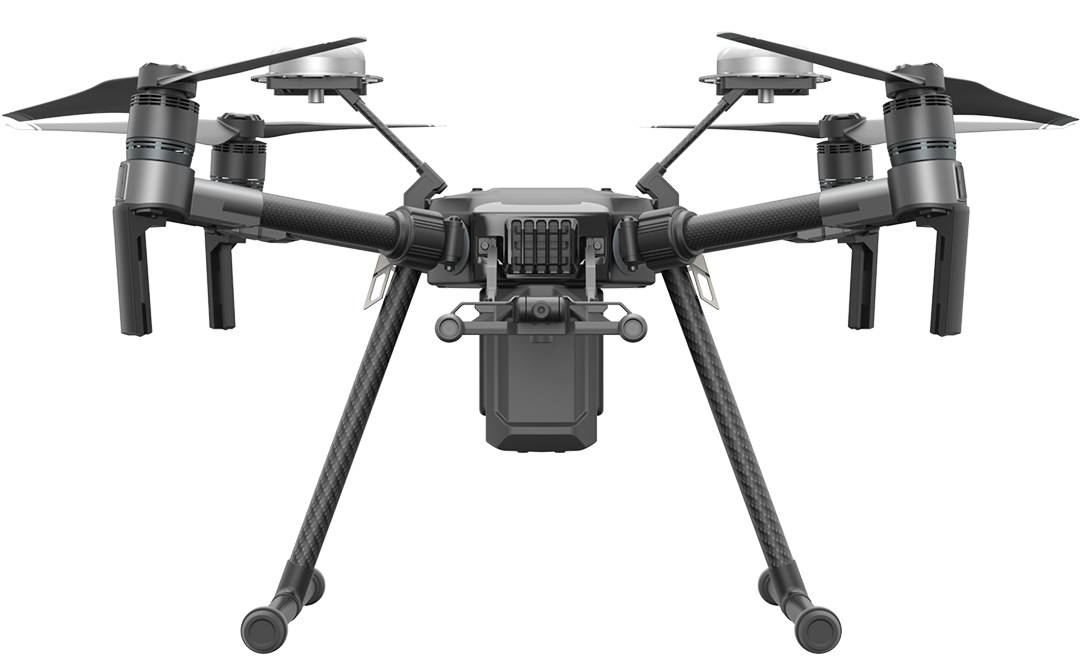 As drones get smaller, their market and value can only get bigger as they find new applications.

But the technical challenges are formidable. Aerodynamics is just the start. Scientists are applying their hard-earned insights into insect flying patterns. The figure-of-8 wing rotation, combined with high-speed wing flaps, whips the air flowing over the top of an insect’s wing into a swell of curling vortices. A vortex acts like the air stream from a propeller, and is critical for hovering.

Insect-size drones have been developed that can fly, land and then take off again. But they tend to run out of power because of the time spent airborne.

Swarms of MAVs are still some way off. It’s not just a challenge of miniaturisation. Getting from bird-size to insect-size presents new problems. “You can’t make a conventional robot of metal and ball bearings and just shrink the design down,” explains Ronald Fearing, a roboticist at the University of California at Berkeley, whose Biomemetics Millisystems Lab is researching millirobots.

For one thing, the rules of aerodynamics change at very tiny scales and require wings that flap in precise ways. Solving this will be a huge engineering feat. The best estimates suggest that widespread commercial use of micro drones is some 15-30 years away.

Many players are up for the challenge. Military scientists on either side of the Atlantic, and probably in many other countries, are working on robotic surveillance insects. 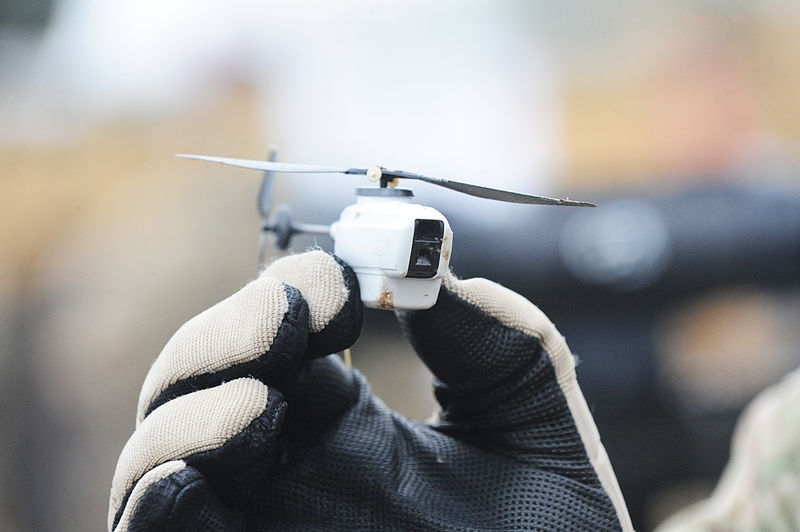 The Black Hornet Nano is a military micro ‘unmanned aerial vehicle’ (UAV) developed by Prox Dynamics AS of Norway. Equipped with a video camera, the 10cm x 2.5cm unit is used by armed forces in Norway, Britain and Germany. It saw service in Afghanistan back in 2012.

This spy drone the size of a dragonfly can fit in the palm of a soldier’s hand. It has four wings and four legs, and can fly smoothly through the air to perch on a windowsill or fly into a room with enemy combatants, and report back.

In the US, the Defence Advanced Research Projects Agency (DARPA) is famous for its more far-fetched war robots. The CICADA (Close-In Covert Autonomous Disposable Aircraft) can be dropped in a swarm from an airplane, and guided by on-board GPS to listen in on enemy activity.

There is strong commercial interest too – US tech firms have released early protoypes of robotic insects – which extends to the retail sector.

Amazon was recently awarded a patent for a miniature, voice-controlled aerial vehicle assistant that could be used by everybody from police officers monitoring traffic offences to shoppers looking for their parked cars; (think Blade Runner 2049).

Wallmart has filed a patent for robot bees that could pollinate crops autonomously. It is just one of six patents for farming drones with a spread of capabilities from monitoring crop damage to spraying pesticides. Wallmart’s motivation is probably about gaining vertical control over its food supply chain as it expands its grocery delivery service.

It’s likely that if and when the technology is perfected – and military researchers may have done so already – we might not know for some time.

But the commercial applications are likely to be significant. Having revolutionised aerial photography, today’s drones are carrying out highly detailed surveys and mapping of construction sites and buildings. They are also cutting the cost of renewable energy by de-icing blades in windfarms.

Apart from the many potential applications in agriculture, micro drones could accelerate CCTV and 3D mapping below ground in utility service channels and sewers, or allow demolition contractors to risk-assess dangerous structures remotely.

Many other future clients may be lining up. National security services (and commercial contractors) are the most obvious beneficiary but, as with other technological breakthroughs, the threat to personal privacy is very real. Residents complain today about drones hovering over their back gardens. Micro drones would be less intrusive, but potentially far more invasive, and would require stringent regulation.

On the positive side, insect-like drones could help the UN and relief organisations aid the victims of natural disasters.

Walmart’s patent also points to another benign role, protecting the food supply. And the stingless drone pioneered as a weapon would come full circle, labouring in the fields to pollinate our crops.

This article was first published in Computer Business Review.